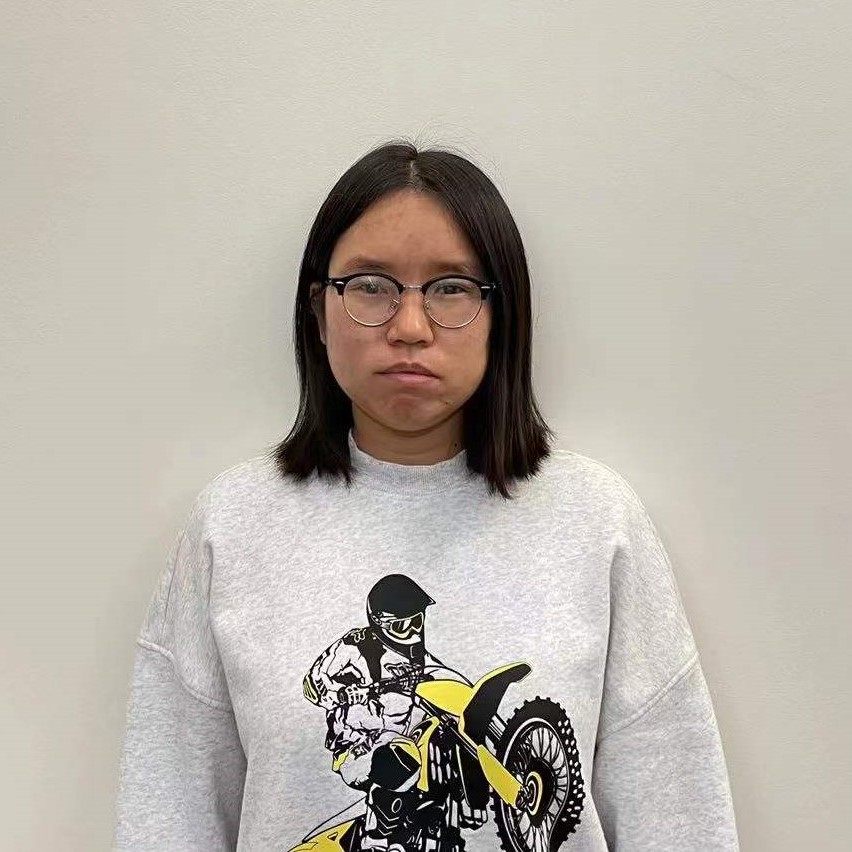 Yuanchang received her M.S. degree in Chemistry from St. John’s University in 2013 and a Ph.D. degree in Chemistry from UMass Amherst in 2020. During her doctoral study, Yuanchang focused on designing and synthesizing nanomaterials for drug delivery and cancer immunotherapy both in vitro and in vivo. Now, her research interests are RNA/DNA-based sensors for cellular imaging. In her spare time, she likes hiking and singing. 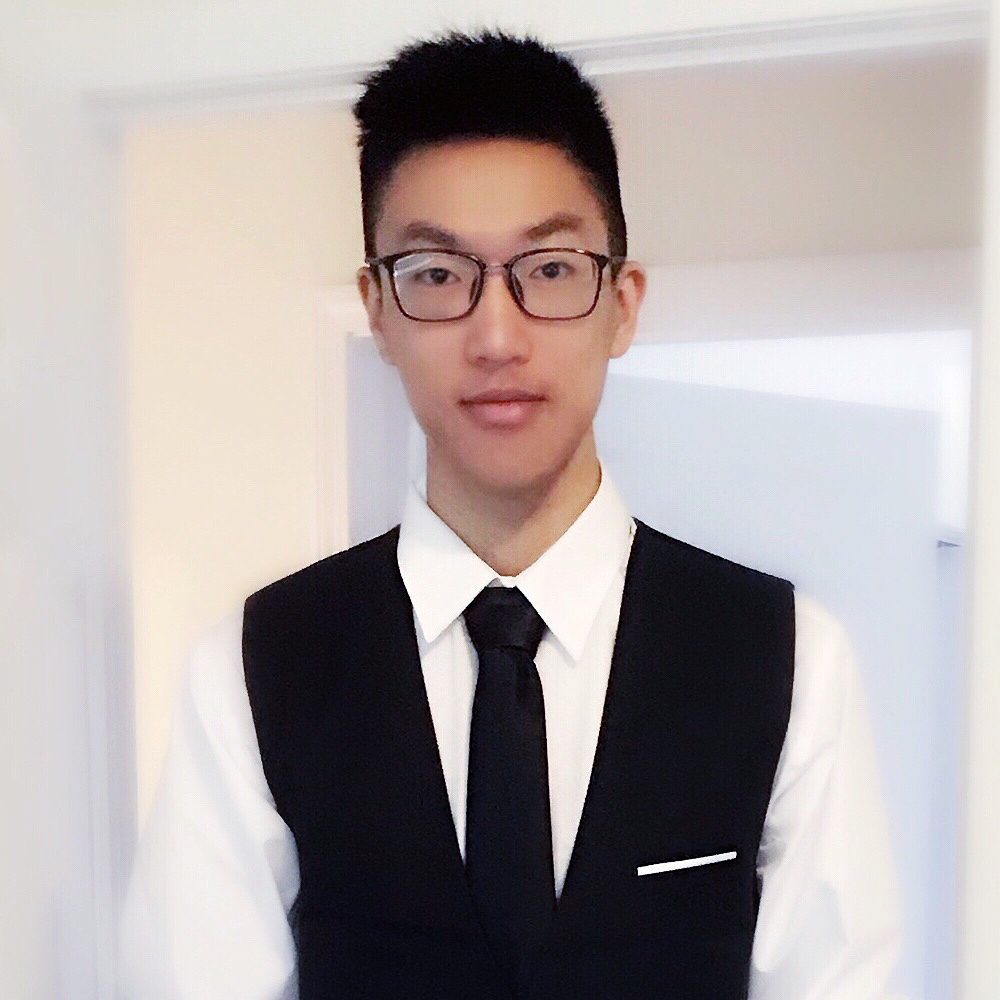 Jennings (Zhining) Sun is a PhD student in our group at the University of Massachusetts at Amherst. He received his B.S. in 2016 from Michigan State University. He majored in Chemistry with a minor in Mathematics. He spent a year at ICCAS (Institute of Chemistry Chinese Academy of Sciences) working on in vivo electroanalytical chemistry. His current research interests are in RNA-based sensing and optogenetics. During his spare time, Jennings likes to play basketball, read novels and watch sci-fi movies. 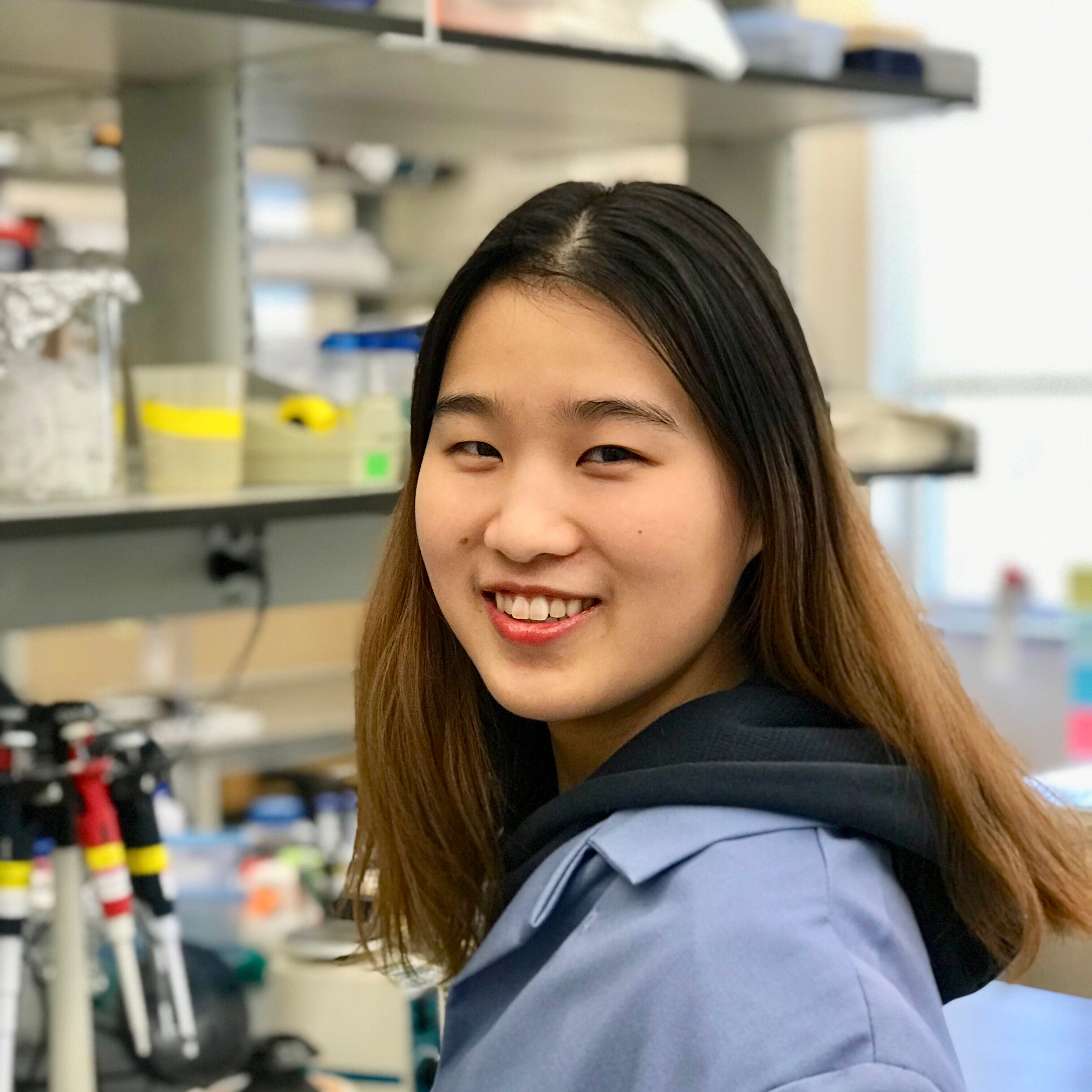 Qian got her B.S. degree from the School of Chemistry and Chemical Engineering, Nanjing University in 2018. During her undergraduate research, Qian has worked on the construction of multifunctional nanoprobe for the diagnosis, real time imaging and targeted therapy of tumor. She was a member of National Project of Student Innovation and Entrepreneurship Program. Now her research interest in the lab includes DNA/RNA nanotechnology, biosensor and bioimaging, and optogenetics for cell regulation. In her spare time, Qian loves playing Zumba and travelling. 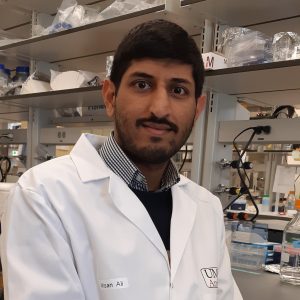 Ahsan obtained his B.S. and M.S. in Chemical & Biomolecular Engineering from the Korea Advanced Institute of Science and Technology. During his Masters he worked on the development of biosensors for RNA and disease diagnostics.  His research interests include bioanalytical chemistry and nucleic acid nanotechnology.  Currently he is interested in designing nucleic acid probes which can sense and image various biological and physical processes in cells.  Outside of the lab, he likes to play cricket, watch documentaries and photography. 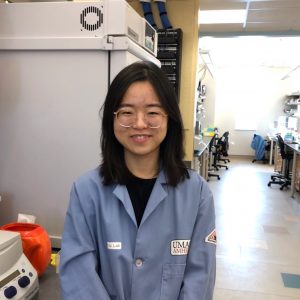 Ru obtained her B.S. in Chemistry from Shanghai Jiao Tong University where she worked on the delivery of therapeutic proteins via DNA nanostructure-based system.  She is currently interested in imaging cellular metabolites with RNA-based sensors.  In her free time, she enjoys reading detective novels and cycling. 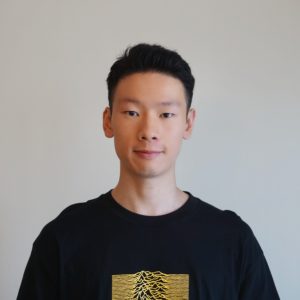 Zhaolin got his B.S. in 2018 from Guangdong University of Technology. Then he went to Rutgers University in New Brunswick, New Jersey, and received his M.S. in 2020 majored in materials science and engineering.  His research back then was related to plasmonic nanoparticles and SERS.  In his spare time, Zhaolin likes playing basketball, snowboarding, hiking, etc. 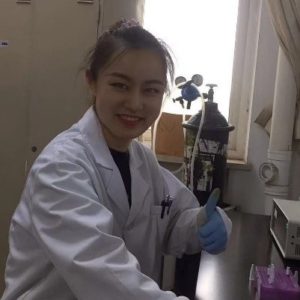 Lan obtained her B.S. in pharmaceutical engineering from Wuhan Institute of Technology, and received her M.S. in Analytical Chemistry from the University of Science and Technology of China.  She used to do research that’s related with nucleic acids, proteins and functional materials for biosensing.  During her spare time, she enjoys reading, listening to music and watching movies. 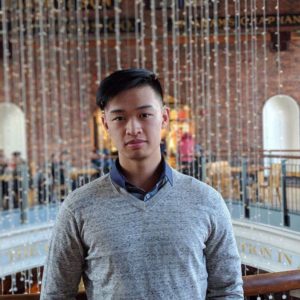 Raymond is an undergraduate at the University of Massachusetts Amherst pursuing a B.S. in Chemical Engineering with a concentration in Biochemical Engineering. He is interested in pursuing a career in the biotechnology and bioengineering field in hopes of working with genetic engineering. In his free time, Raymond likes to learn to cook, play video games and play basketball and football. 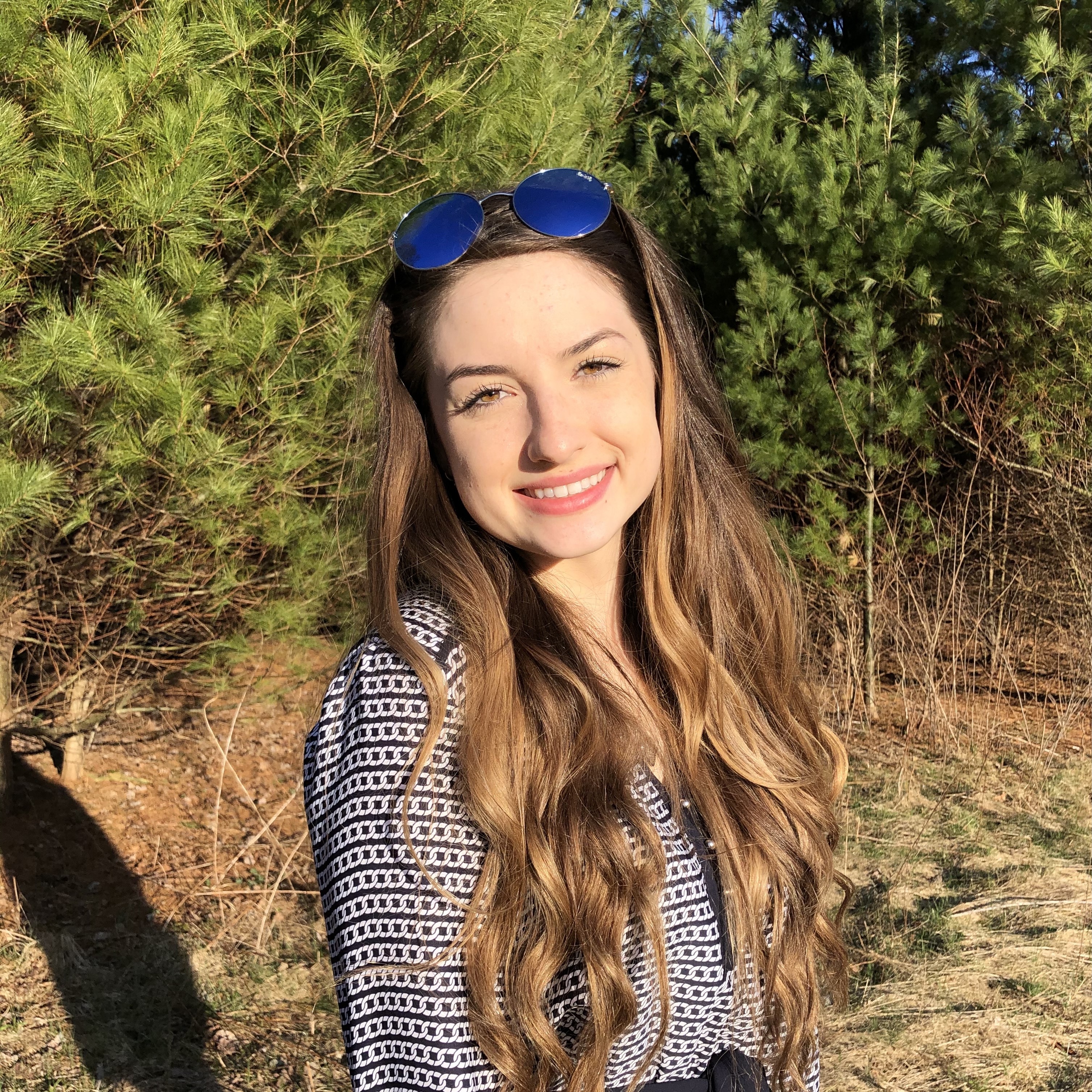 My name is Michelle, I am an undergraduate student pursuing a B.S. in Microbiology. After I graduate from UMass I plan on going to medical school to become a neurologist. In my free time I enjoy playing piano, baking, and spending time with my family. 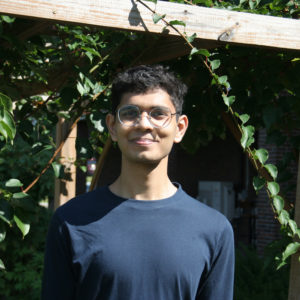 Sarthak is a Biochemistry and Molecular Biology student at UMass Amherst. He is a member of the Commonwealth Honors College and the Secretary of the student chapter of the UMass American Chemical Society. He is interested in biotechnology and synthetic biology, and eventually wants to pursue a career in those fields. During his spare time, Sarthak enjoys reading, playing soccer and graphic designing. 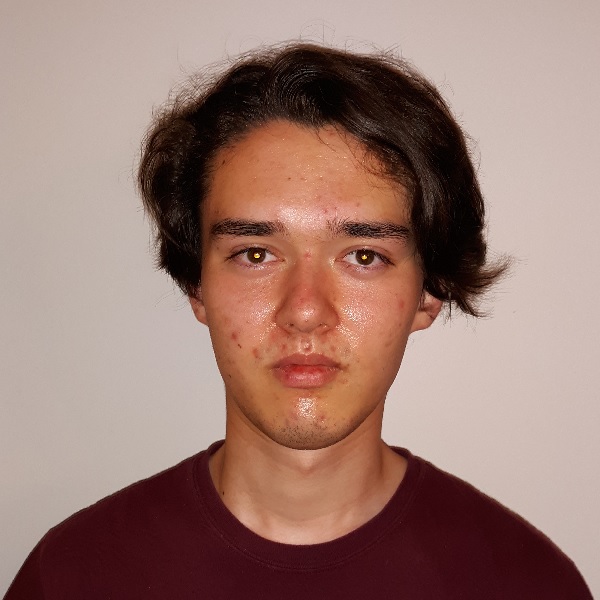 Kevin is an undergraduate student majoring in chemistry and physics. He is interested in chemical synthesis and design. After UMass, he plans on attending graduate school for a PhD. Outside of academic settings, he is an avid pianist and reader. 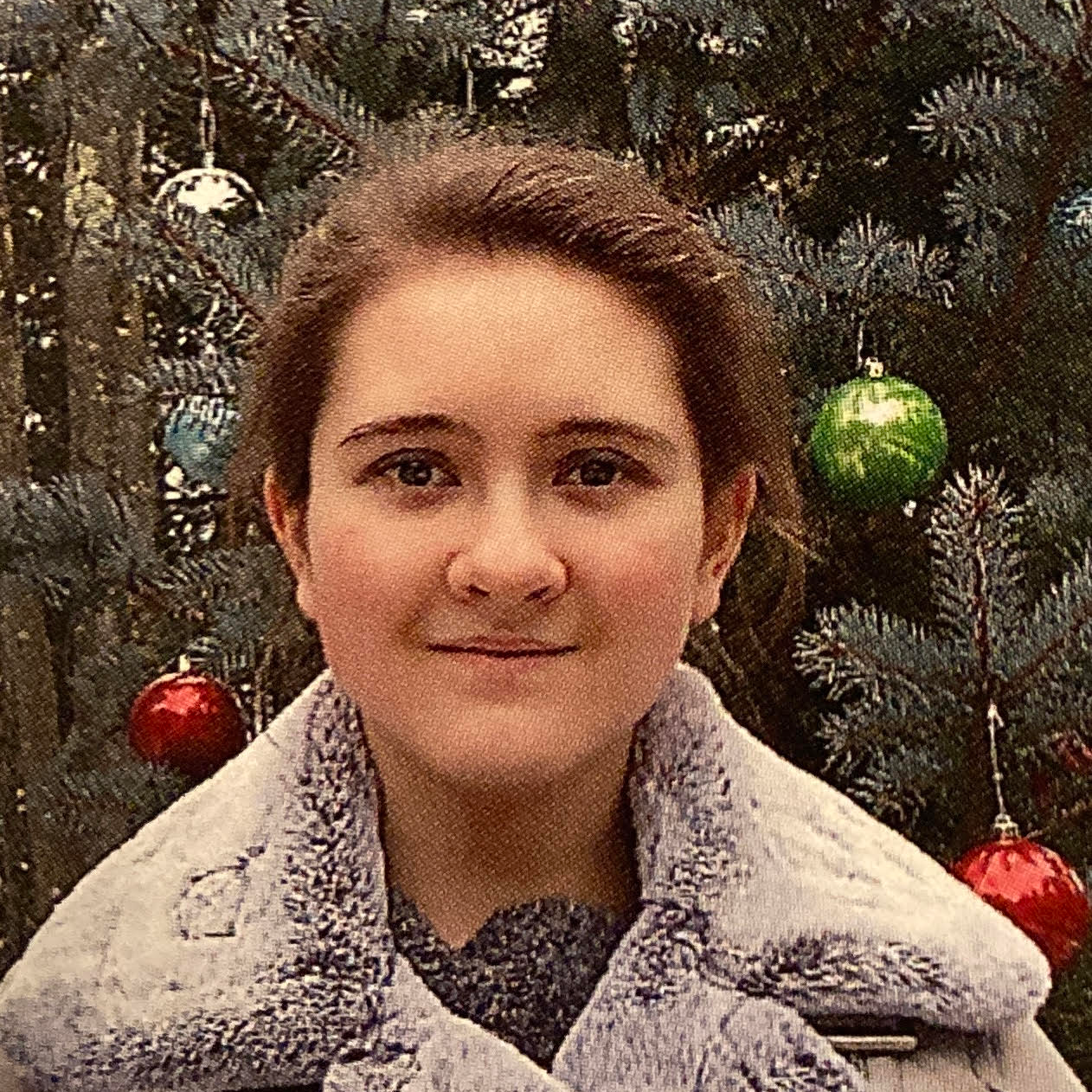 Anastasiya is a visiting undergraduate student from McGill University majoring in chemistry. She is interested in the intersection of chemistry, biology, and physics. In her free time, she likes to read, draw, and play tennis.